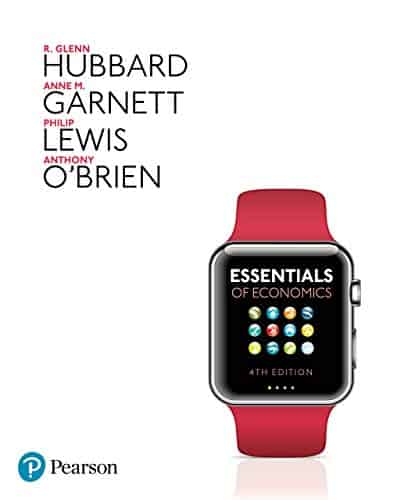 Download Essentials of Economics (4th edition) – Australian written by R. Glenn Hubbard, Anne M. Garnett, Philip Lewis, Anthony O’Brien in PDF format. This book is under the category Economics and bearing the isbn/isbn13 number 1488616981/9781488616983. You may reffer the table below for additional details of the book.

Essentials of Economics 4th edition (PDF) is the only Economics textbook that includes current Australian full articles and teaching applications through the textbook. Hubbard adds in solved problems within chapters. These solved problems keeps students stressed on the main ideas of each chapter; and avoids them from getting bogged down due to an absence of basic math or word problem skills.

A business approach is incorporated throughout the ebook; using real-world business examples to teach economics. The text continuously asks the question ‘Why am I here; and will I ever use this?’; encouraging students to realise their own answers to the question and encouraging them to apply the teachings to the real-world.

P.S All prices are in US$

P.P.S. Contact us if you want Essentials of Economics 4e;TestBank; or other instructor resources.

NOTE: The product only includes the ebook; Essentials of Economics4th Australian Edition in PDF. No access codes are included.