Download Relativistic Quantum Mechanics: An Introduction to Relativistic Quantum Fields written by Luciano Maiani, Omar Benhar in PDF format. This book is under the category Mechanics and bearing the isbn/isbn13 number 149872230X/9781498722308. You may reffer the table below for additional details of the book.

Written by 2 of the most prominent leaders in particle physics; Relativistic Quantum Mechanics: An Introduction to Relativistic Quantum Fields (PDF) provides a classroom-tested introduction to the formal and conceptual foundations of quantum field theory. Designed for advanced graduate- and undergraduate-level physics students; the textbook only requires previous courses in relativity; classical mechanics; and quantum mechanics.

The introductory chapters of the ebook summarize the theory of special relativity and its application to the classical description of the motion of a free particle and a field. The best-selling authors then explain the quantum formulation of field theory through the simple example of a scalar field described by the Klein–Gordon equation as well as its extension to the case of spin ½ particles described by the Dirac equation. They also present the elements necessary for constructing the foundational theories of the standard model of electroweak interactions; namely Fermi theory of neutron beta decay and quantum electrodynamics. Many applications to quantum electrodynamics and weak interaction processes are thoroughly analyzed. The ebook also explores the timely topic of neutrino oscillations. Logically progressing from the fundamentals to recent discoveries; this etextbook provides physics students with the essential foundation to study more advanced elementary particle physics and theoretical physics. It will help them understand the theory of electroweak interactions and gauge theories.

Only logged in customers who have purchased this product may leave a review. 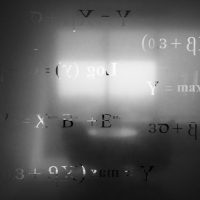