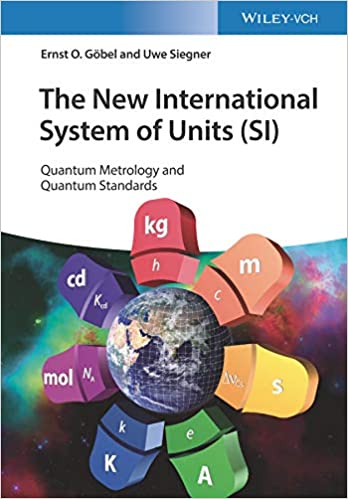 Download The New International System of Units (SI): Quantum Metrology and Quantum Standards written by Ernst O. Gobel, Uwe Siegner in PDF format. This book is under the category Engineering and bearing the isbn/isbn13 number 3527344594/9783527344598. You may reffer the table below for additional details of the book.

The International System of Units; the SI; provides the basis for all measurements in science; economics; engineering; and society. The SI has been fundamentally revised in 2019. The new SI is a universal and highly stable unit system based on invariable constants of nature. Its implementation lies on quantum metrology and quantum standards; which base measurements on the manipulation and counting of single quantum objects; such as electrons; ions; photons; and flux quanta. The New International System of Units (SI): Quantum Metrology and Quantum Standards; (PDF); explains and illustrates the new SI; its impact on measurements; and the quantum metrology and quantum technology behind it.

The ebook is based on the book “Quantum Metrology: Foundation of Units and Measurements” by the same authors.

-The SI Kelvin and the Boltzmann Constant

-Quantum Hall Effect; the SI Ohm; and the SI Farad

-The SI Kilogram; the Mole; and the Planck constant

-Beyond the present SI: Optical Clocks and Quantum Radiometry

NOTE: The product includes the ebook; The New International System of Units (SI): Quantum Metrology and Quantum Standards in PDF. No access codes are included.